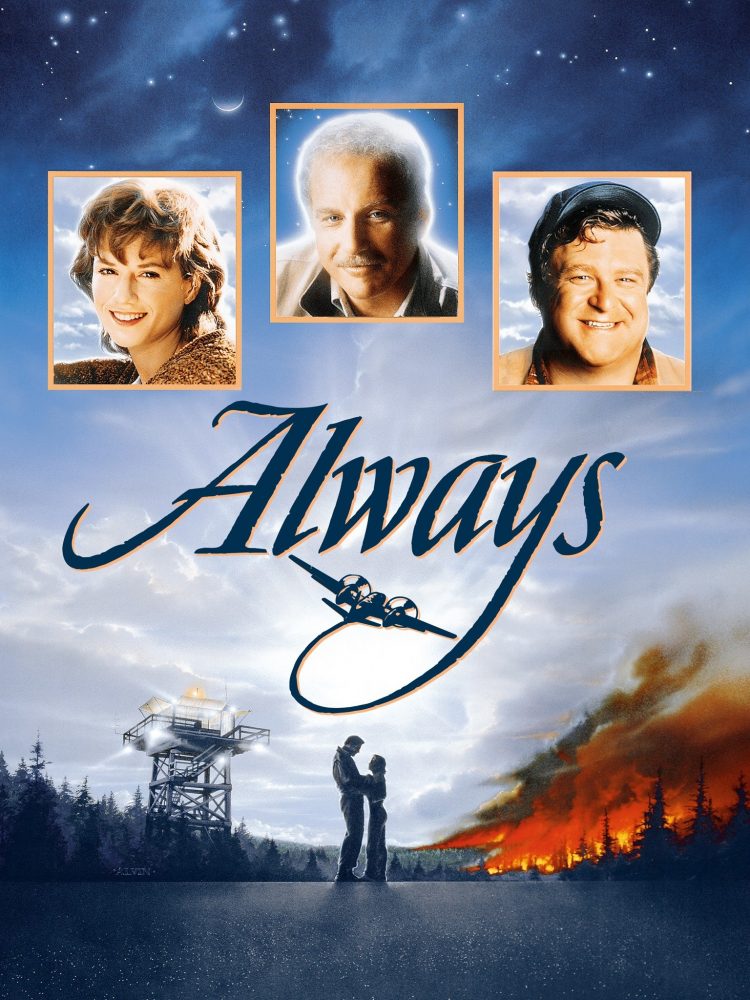 Could Always be Steven Spielberg’s hidden gem? I don’t think anyone I know has seen this movie. Richard Dreyfuss stars as Pete, a hotshot pilot who fights fires by dropping fire retardent from his tanker plane. Holly Hunter loves him, but he’s just too much of a hotshot for his own good. Hope he doesn’t die. Richard Dreyfuss, Holly Hunter, and John Goodman do their absolute best at trying to bring Steven Spielberg’s dialogue to life. So much so it was hard to tell this was a romantic comedy.