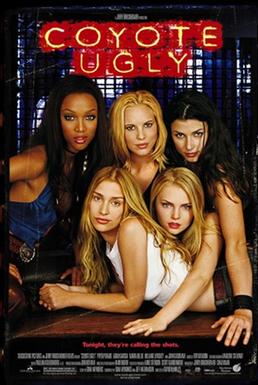 What better way to celebrate Ladies Month than with the feminist Coyote Ugly! Unless the film isn’t actually feminist and they filmed a raunchy sex scene to release later 5 years later. The movie is definitely of its time and is actually awful, but it’s a fun little time capsule of the end of the ’90s.