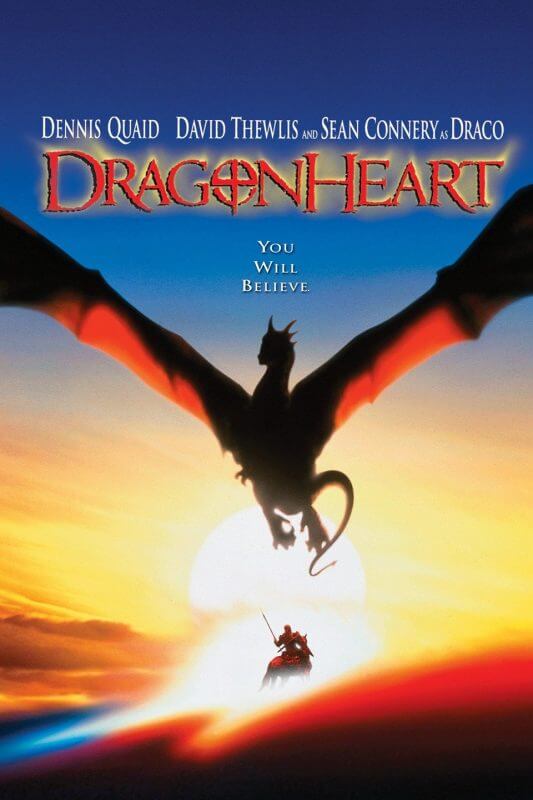 Dennis Quaid plays a knight with a dragon friend in the classically corny, Dragonheart, which actually spawned a franchise that continues to run until this day!

Does it have enough heart to carry it through its bad acting and dated CGI?