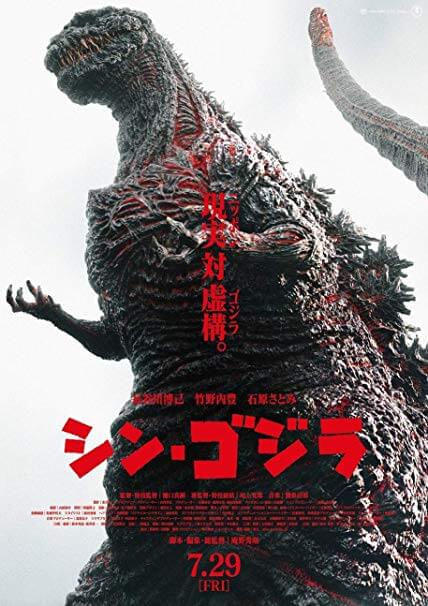 Ricardo joins the podcast for an in-depth discussion on 2016’s Shin Godzilla Ricardo has been on the podcast many times, but now he finally has a chance to display his full Godzilla knowledge.

He’s seen nearly all bad Godzilla movies so it’s somewhat surprising that he brought us one of the best recent Godzillas. This movie was directed by Hideaki Anno, who is the creator of the famous 1990s anime Neon Genesis Evangelion. Evangelion dropped on Netflix a few weeks ago. Good timing eh?

Shin Godzilla, AKA Godzilla Resurgence, takes Godzilla back to his roots. The kaiju is once again an absolute terror and an allegory for real-life disasters. One of them being the Tsunamis that hit Japan in 2011.