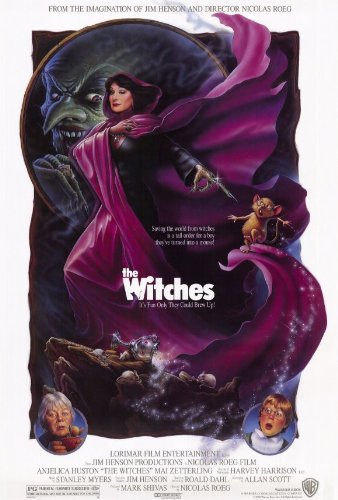 The Witches be brewing up a storm at the Witches convention. I think that’s the most Halloween sentence I’ve ever written. This movie, based on the Ronald Dahl book of the same name, follows a young boy and his witch hunting grandma as they go on vacation to help her diabetes. By pure misfortune, they end up at a witches convention at the same hotel. Wackiness ensues when the grand high witch reveals her plan to turn every child into a mouse!

A silly but sincere story, mixed with a bit of wonderful movie magic make this movie better than expected. Also, this movie is absolutely terrifying for any child who watches this.

Looking for something creepy to listen to during this hallowed month? Check out Mike’s podcast, Flies. It’s the story of a woman who’s trying to bring justice to her brutally murdered cousin ten years later. Things are not what they seem in Wilson, Kentucky.

Subscribe to it here on iTunes or check it out on Soundcloud!